An Open Letter to Owners Who Think Treats are Bribery 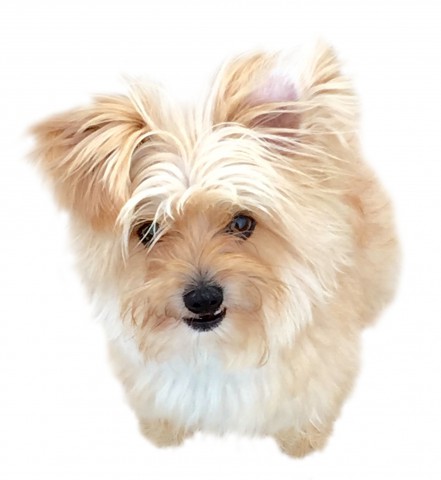 I understand.  You don’t want to use treats to train your dog because he should learn appropriate behavior without having to be bribed.  If you reward him with treats, it degrades more important rewards such as your approval.  He’ll never learn right and wrong.  You want him to respect you.  He’ll also become dependent on treats and won’t perform when not bribed.

But the thing is this.  You’re wrong.  And you’re wrong in both senses of that word.  You’re inaccurate, because you’re firing moral psychological software, evolved for social interchange in humans, at a dog, who will never be molded into an upstanding member of society.   And in spite of your good intentions, you’re morally wrong because you will inevitably end up employing pain and fear to motivate him.  The science is in and the consensus of every reputable professional organization has converged on its findings: pain and fear are detrimental and inhumane, and don’t instill moral goodness in your dog.  They just terrorize him into doing more of what you want.

It could be you’re not interested in the science, that you’re too far down the path of finding it emotionally unbearable to motivate your dog with chicken that no amount of reason or evidence will sway you.  If that’s you, I can’t help you.   You have a tolerance – or perhaps an appetite – for dogs cowering that I will never understand.  Eventually the law will catch up with the science and you’ll be prohibited from strangling, hitting, shocking and scaring your dog, but until then you’ll be able to indulge that need.

If, however, you are amenable to evidence, and you don’t get a little charge out of seeing him cower, or see it as a sad but somehow necessary evil, read on.  Consider that you are causing a dog to suffer without any attendant upgrading of his moral being (your objective) because of this choice.  It’s an illusion.  He won’t thank you one day.  He’ll never do what’s right because it’s right.  He’ll just keep wishing you’d stop scaring him.

Google “evolution of the desire to punish social transgressors” and you’ll get a large, cross-cultural, robust body of research on the urge we have to morally police other members of society.  It affects everything from justice systems to child-rearing.  But dogs aren’t people.  They don’t have the complementary software to learn the right and wrong we feel compelled to teach.  They can, however, learn safe and dangerous, and so we fool ourselves that this is proof that we’ve morally improved them when we eschew treats and instead intimidate, and they then do less of what bugs us.  Because, make no mistake, righteousness or your approval isn’t driving him.  It’s the yelling, hitting, poking, kicking, strangling, digging pins into his neck, and electric shock that’s making him act closer to the way you want.  If you saw a keeper do any of this to a meerkat at the zoo, you’d call the cops.

Sleazy trainers know you wish to create this moral being and will prey on you, telling you that these things don’t actually hurt or scare him.  They’ll label fear “respect.”  They’ll tell you that treats corrupt.  If you want to believe it badly enough, your cowering dog won’t matter as much as his fictitious moral improvement does.

It’s an understandable error, conflating dogs and children.  Dogs are in that role in our families, and our morality instincts make it all feel very compelling.  I’d like to give the last word to two colleagues who gave me terrific insight in a recent discussion among trainers about this phenomenon.

“[In the case of children], it *is* what we’re doing, teaching them species-appropriate behaviours. In dog training, however, we are often asking the dog *not* to engage in his species-appropriate behaviours.  We’re asking him to do something at odds with his behavioural programming.  And for that to work, we have to make it worth his while.  Much as you would if you were asking your toddler to walk on her hands instead of her feet.  Praise wouldn’t cut it, especially the first time you went for a stroll on a gravel road.”

“The reward for kids behaving in a socially acceptable way is social – they make friends, people are nice to them, others think highly of them.  All this can be understood by a human brain and has value, to a human.  Dogs have no concept of all those subtle social human interactions and to suggest or think that they do is the ultimate in anthropomorphism.”