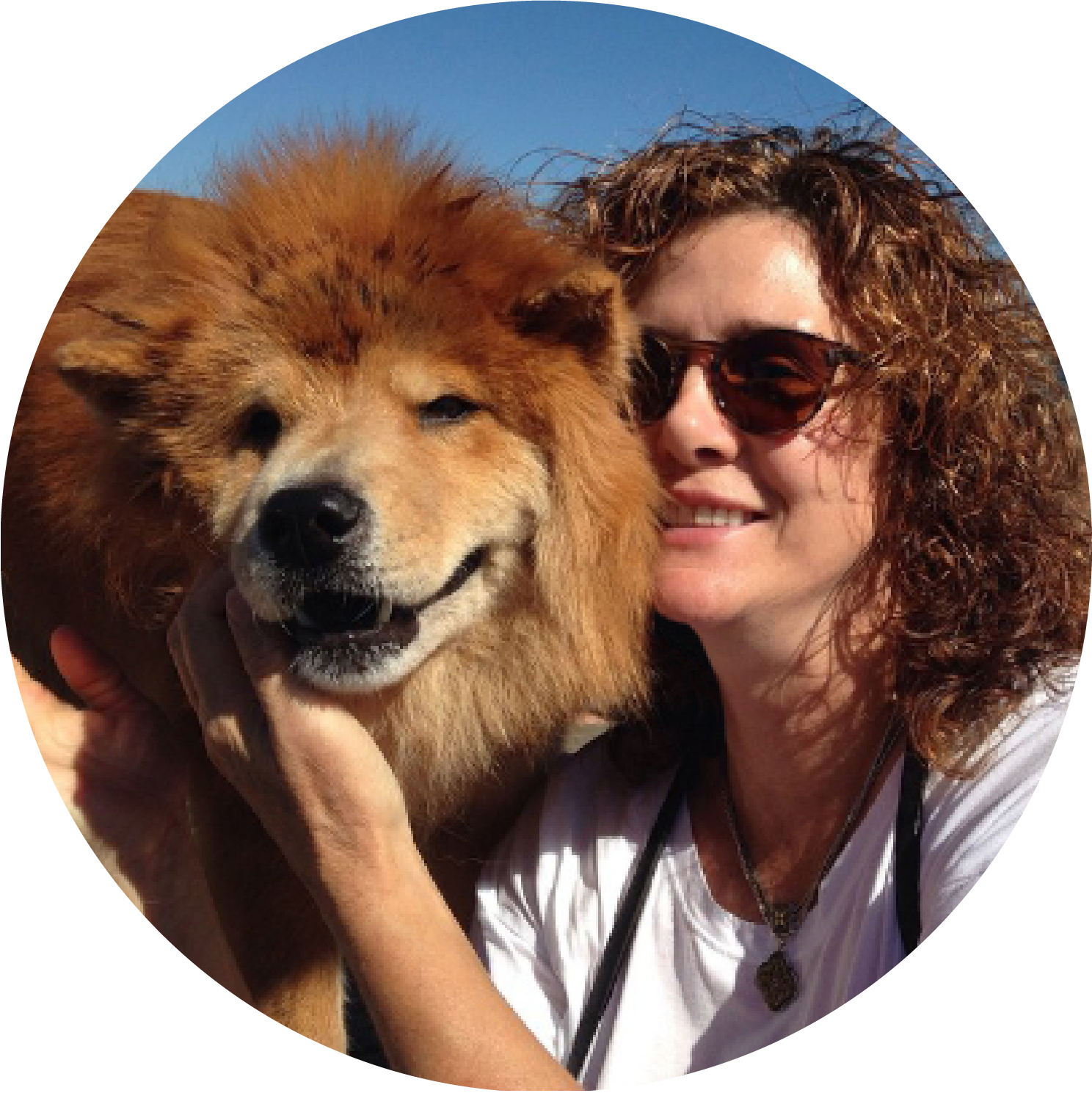 The Academy for Dog Trainers was founded in 1999 by Jean Donaldson.

She ran it for ten years as a residential program at The San Francisco SPCA before spending a year and a half re-inventing the curriculum in its current form as a two-year e-learning course. The new format broadens the scope and content of the original program, includes the latest research on behavior and training, and allows students a much longer enrollment time so that they may study, “marinate” and integrate concepts and skills, train and fit their course work around their life commitments.

Jean is one of the top dog trainers in the world and has lectured extensively in the US, Canada, the UK, Europe, Australia, New Zealand and Japan. She is a four-time winner of The Dog Writers’ Association of America’s Maxwell Award, and her seminal book The Culture Clash was named number one training and behavior book by The Association of Pet Dog Trainers. Her other titles are Mine! A Guide to Resource Guarding in Dogs, Fight! A Guide to Dog-Dog Aggression, Dogs Are From Neptune, and Oh Behave! Dogs From Pavlov to Premack to Pinker.

Her most recent book, Train Like a Pro, was her first written training guide for a lay audience. In 2017, Jean authored and instructed Dog Training 101 for The Great Courses, another resource for dog guardians.

Before transitioning full-time to pet dog training, Jean competed in dog sports with dogs of various breeds, earning numerous titles and wins including OTCh, HIT, TDX, and FDCh, as well as a CGC. She ran a successful training school for fifteen years, and spent six years doing primarily referral aggression cases. She holds a degree in comparative psychology and is a keen student of evolutionary biology. 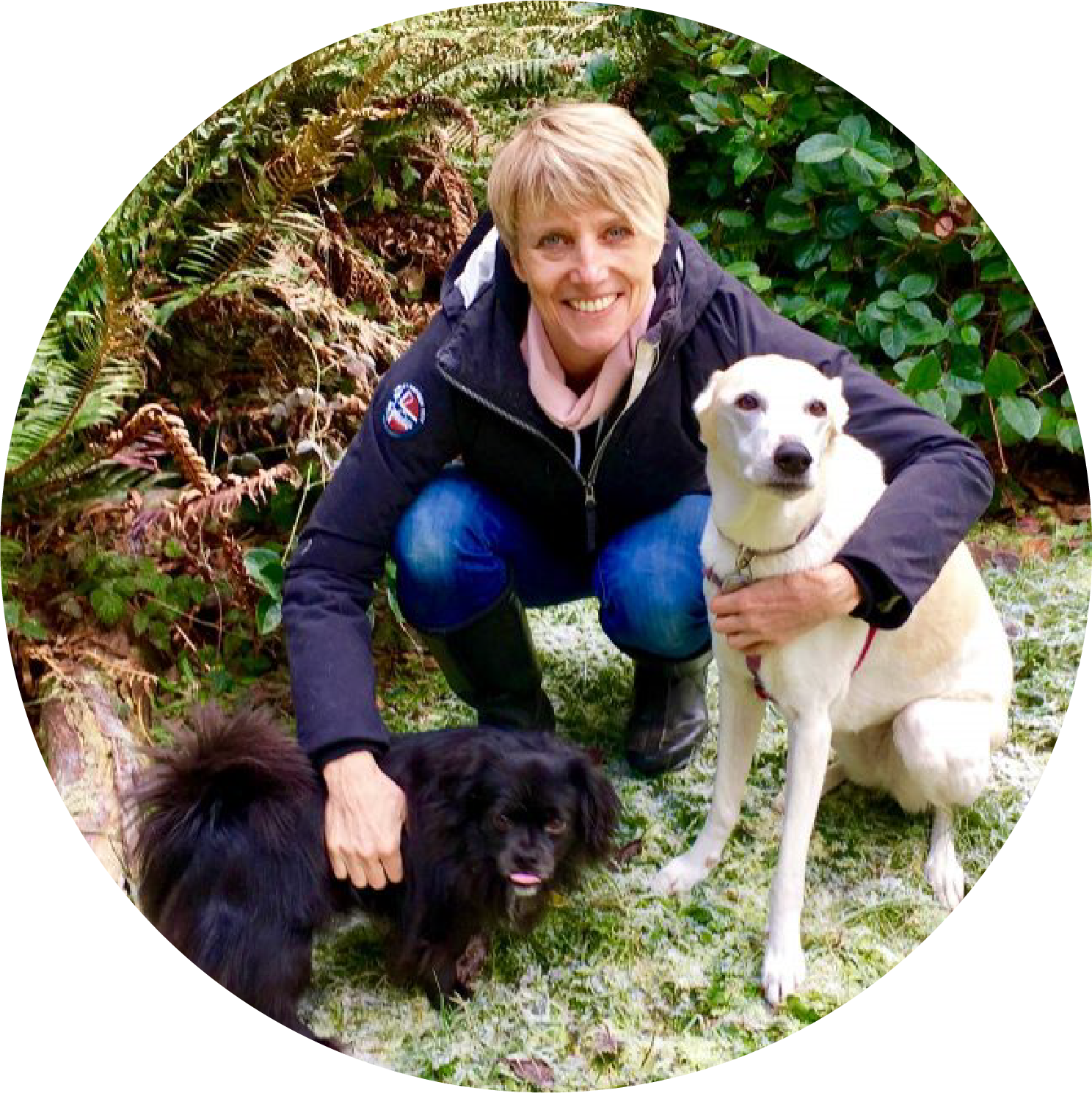 Sarah will be an important part of your journey through the Academy. An experienced hands-on trainer and the owner of Yaletown Dog Training, she will guide you in timing and technique as you progress through your video assignments and provide support and encouragement at each level of the Academy course.

In addition to coaching Sarah mentors students and is involved in Academy Research and other Projects.

Sarah worked for many years as a Registered Nurse at St. Paul’s Hospital Emergency Department. In 1999 she began working as a Research Manager and continues to work at the BC Pre-hospital Resuscitation Research Group.

Sarah is committed to helping dog owners everywhere and creates educational materials for her business Facebook page. Sarah is a BCSPCA volunteer, an avid Crossfit member and is a certified Vegan cook, including vegan desserts. She lives in Vancouver with her partner Levor, and their adopted dogs Macy and Bear. 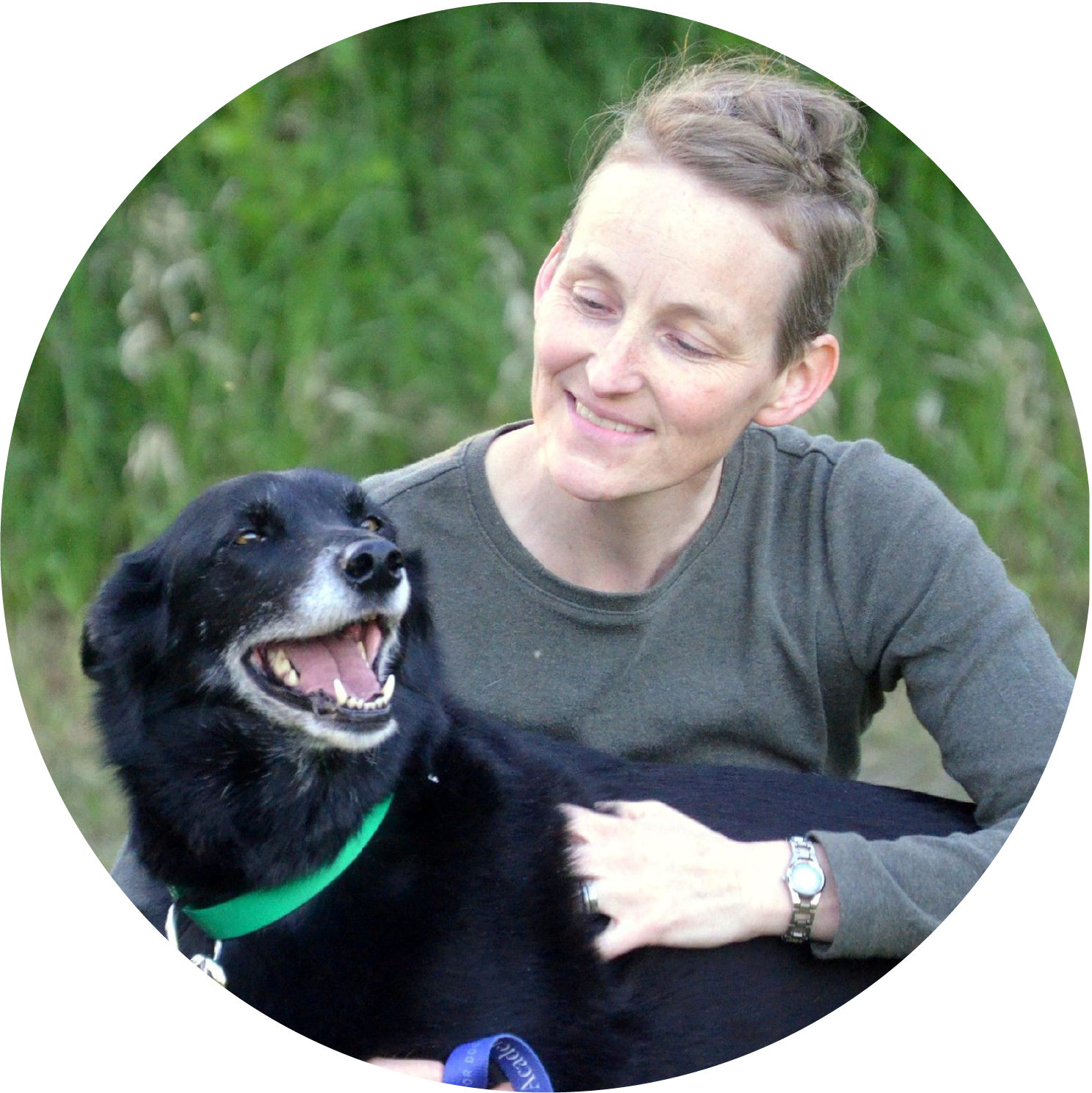 Kristi lives outside of New Hazelton, British Columbia, Canada, where she is the owner of Kristi Benson Dog Training. In addition to her work with the Academy, she creates online learning courses aimed to help dog guardians to overcome sticky behaviour problems and find new joy with their dogs.

For about a decade, Kristi was at the helm of Parkland Husky Rescue, a sled dog rescue for racing sled dogs. She handled intake of the dogs as well as training and placing the dogs into pet homes. She’s worked with sled dogs since 2005, and has been on staff at the Academy since 2016. Originally trained as an archaeologist, Kristi has worked as a northern anthropologist for more than 15 years.

At the Academy, she runs special projects like the Husbandry Project and liaises with the Academy’s research teams. She also organizes the weekly Wednesday webinars offered to students and grads, finding fantastic guest presenters to compliment the webinars produced in-house, such as quizzes, interactive webinars, and curriculum-related content. Kristi also coaches and mentors students, and grades assignments. Kristi enjoys hiking with her Alaskan huskies, making people laugh through her writing, and all things to do with Pleistocene megafauna. 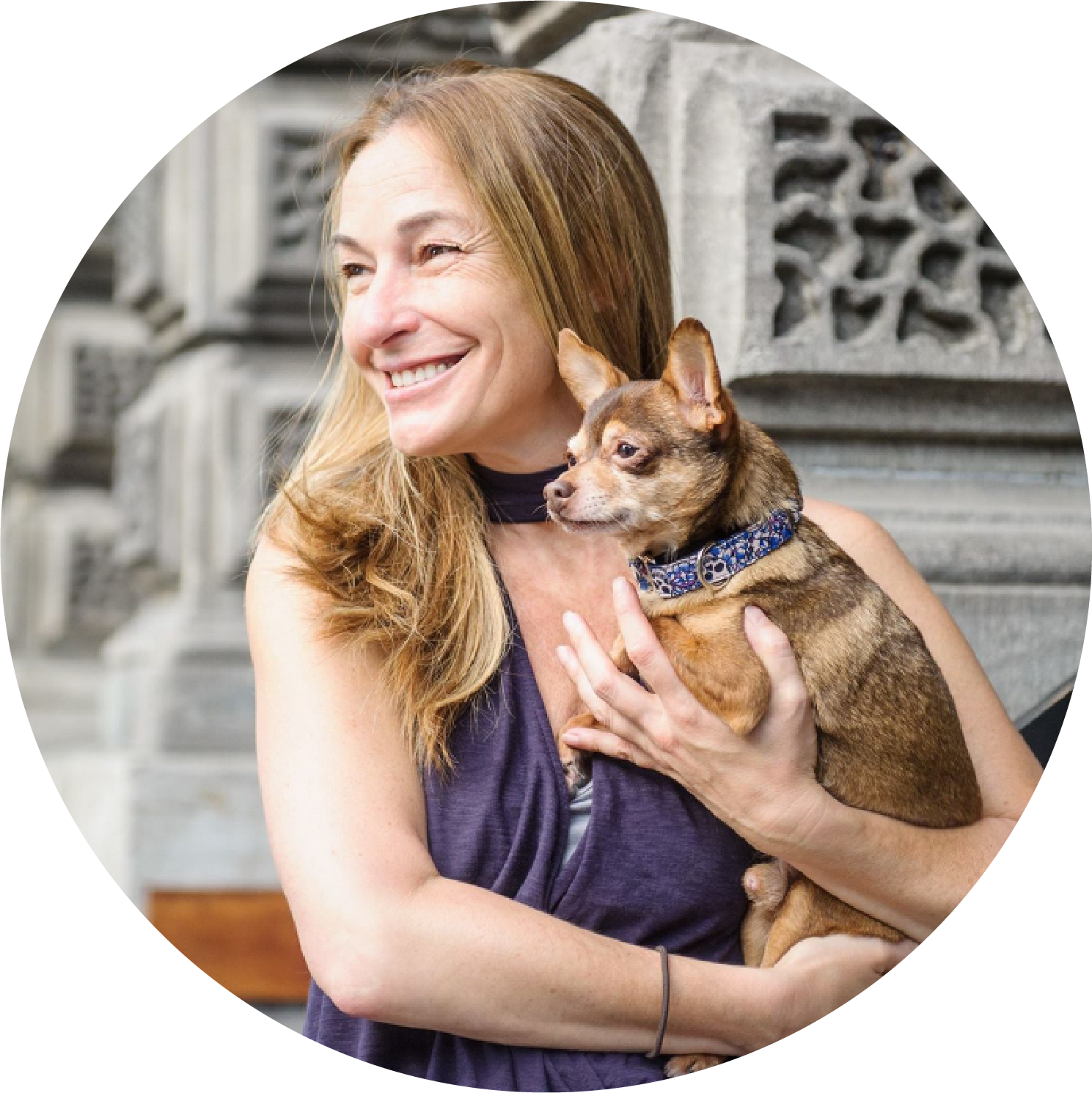 Claudine is the founder of The Learned Dog in Montreal, Quebec, where she offers distance consults, with a focus on separation anxiety. She also assists new owners with their dogs, coaches fellow trainers on a number of issues and concerns and offers seminars on different topics in both Canada and Europe.

In her role at the Academy, Claudine runs our French Connection. Having faced the challenges of joining the Academy with English as a second language, Claudine understands the challenges of ESL students. She coaches and works with francophone students to help them achieve their best in the program. She also works hand-in-hand with fellow staffers to translate Academy educational posts for owners and trainers alike, and assists with special projects. Claudine handles student records and she is the first point of contact for new students and scholarship applicants.

Claudine also works as a paralegal and lives in Montreal, Quebec where she shares her life with her partner Herbert and their little Yorkshire Terrier rescue, Lola. She is an Honors graduate of the Academy and she is also a Certified Separation Anxiety Trainer, having gained her certification with Academy grad Malena DeMartini.

Claudine has a true passion for animal welfare and has a soft spot for pit bulls. 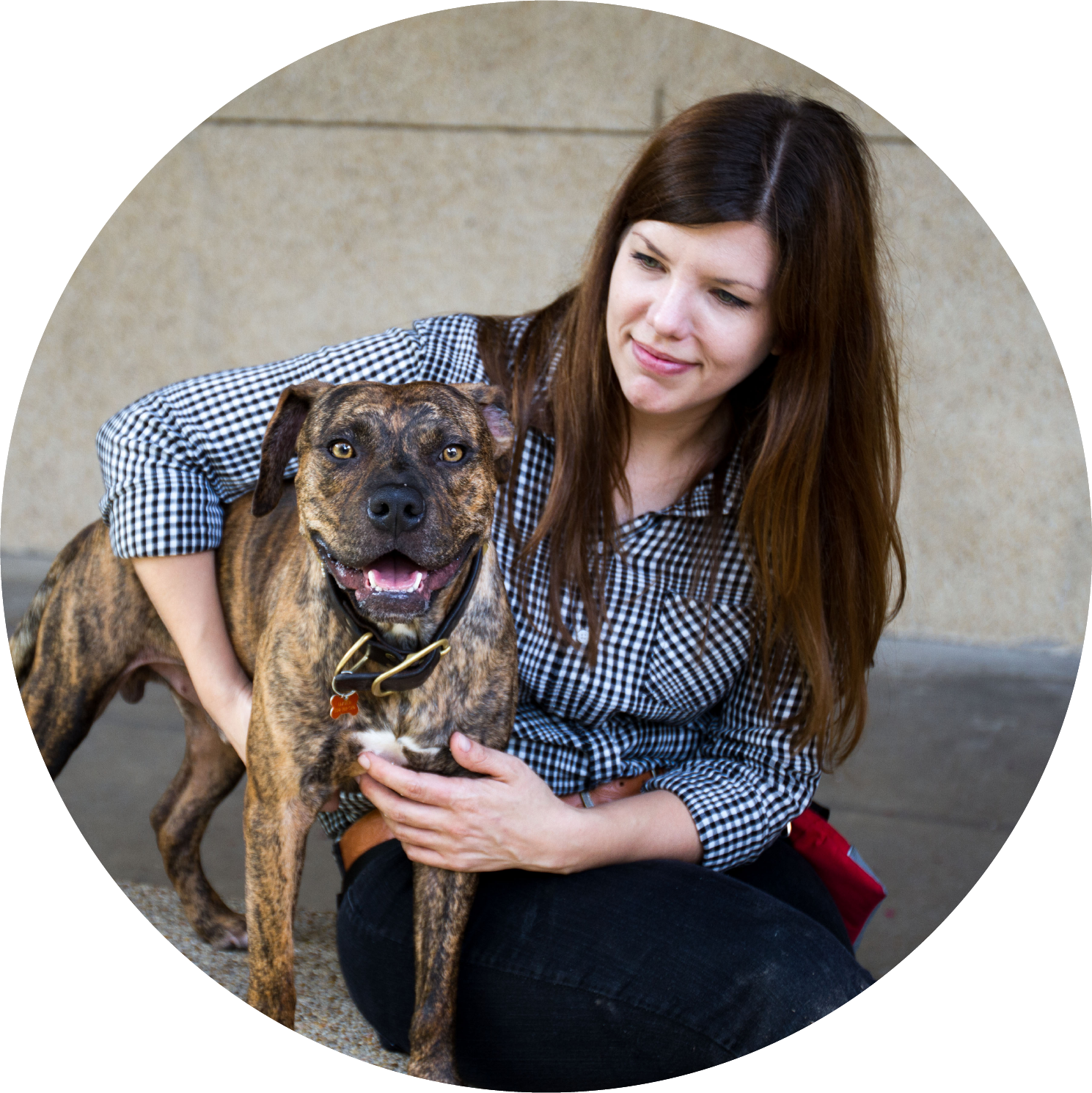 Kelly lives in Knoxville, Tennessee, where she trains with All Dogs Go To Kevin.  Prior to moving to Knoxville and starting her family, Kelly served as the B&T Manager at the Louisiana SPCA in New Orleans and Vice President of The Sula Foundation, an advocacy organization devoted to fostering responsible pit bull guardianship in New Orleans.

She has presented seminars, videos and talks on a variety of topics, including reactive dog classes and desensitization & counterconditioning.

An Academy Honors graduate, Kelly coaches and mentors students, manages The Academy’s social media outlets, creates original content and graphic design, and performs web maintenance,  as well as being involved in many other Academy projects. 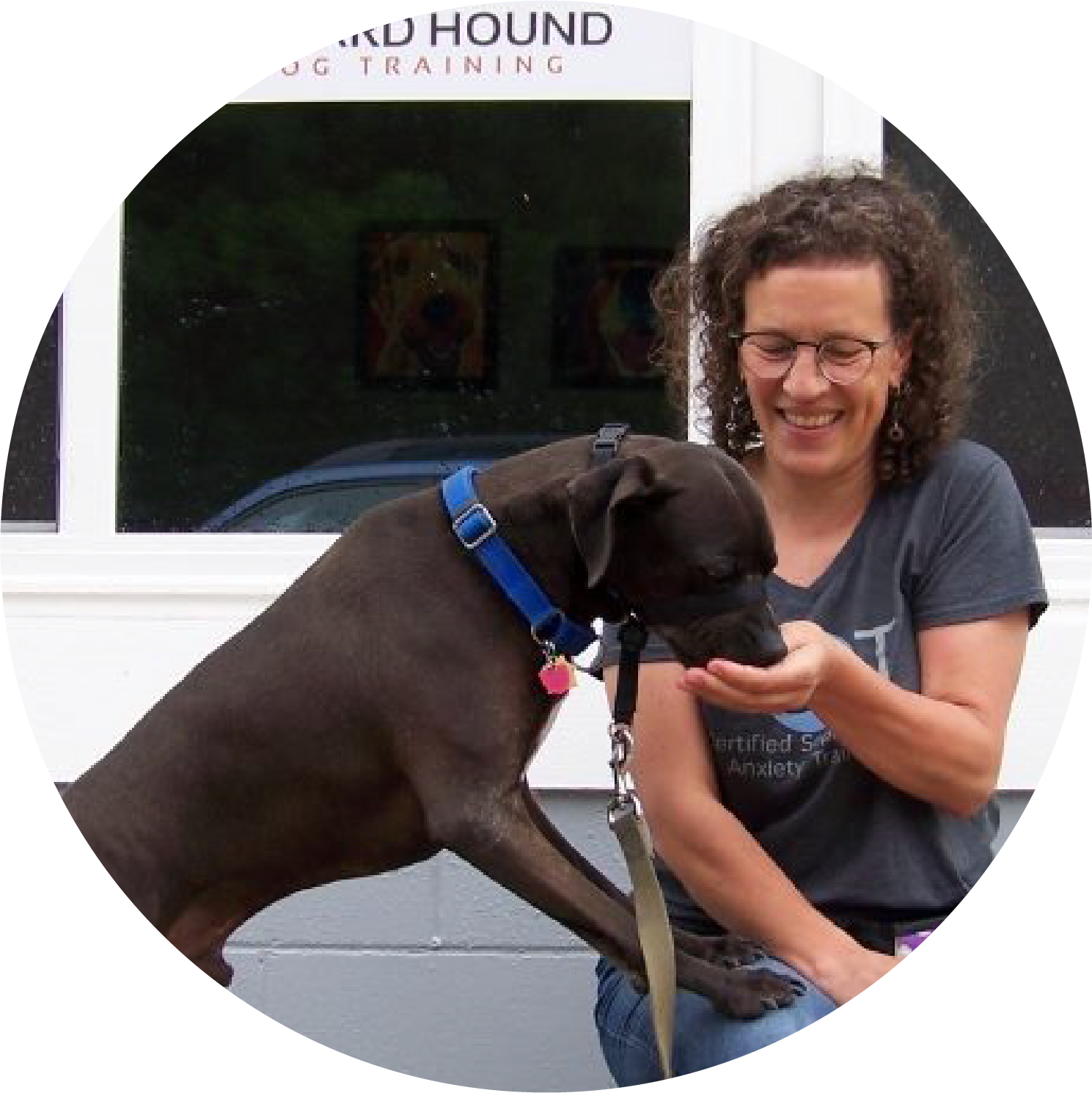 Casey owns Upward Hound Dog Training in western Wisconsin. For the Academy, she coaches students and oversees the process whereby senior students and new graduates gain coaching skills by assisting new students. Here, Casey models with remarkable care both the problem-solving skills and client-centred approach we expect from our graduates.

Casey is a 2016 honors graduate of the Academy as well as Malena DeMartini’s separation anxiety certification program. Casey found her calling in force-free training after years of volunteer animal rescue work and a career working with domestic violence and sexual assault advocates, law enforcement and prosecution to reform the way that public institutions respond to violence against women and children. Today, her special project is working to develop best practices for shelters and rescues when dogs have separation anxiety.

Casey and her partner live in Star Prairie, Wisconsin, with their three dogs and Oscar the Perfect Cat. 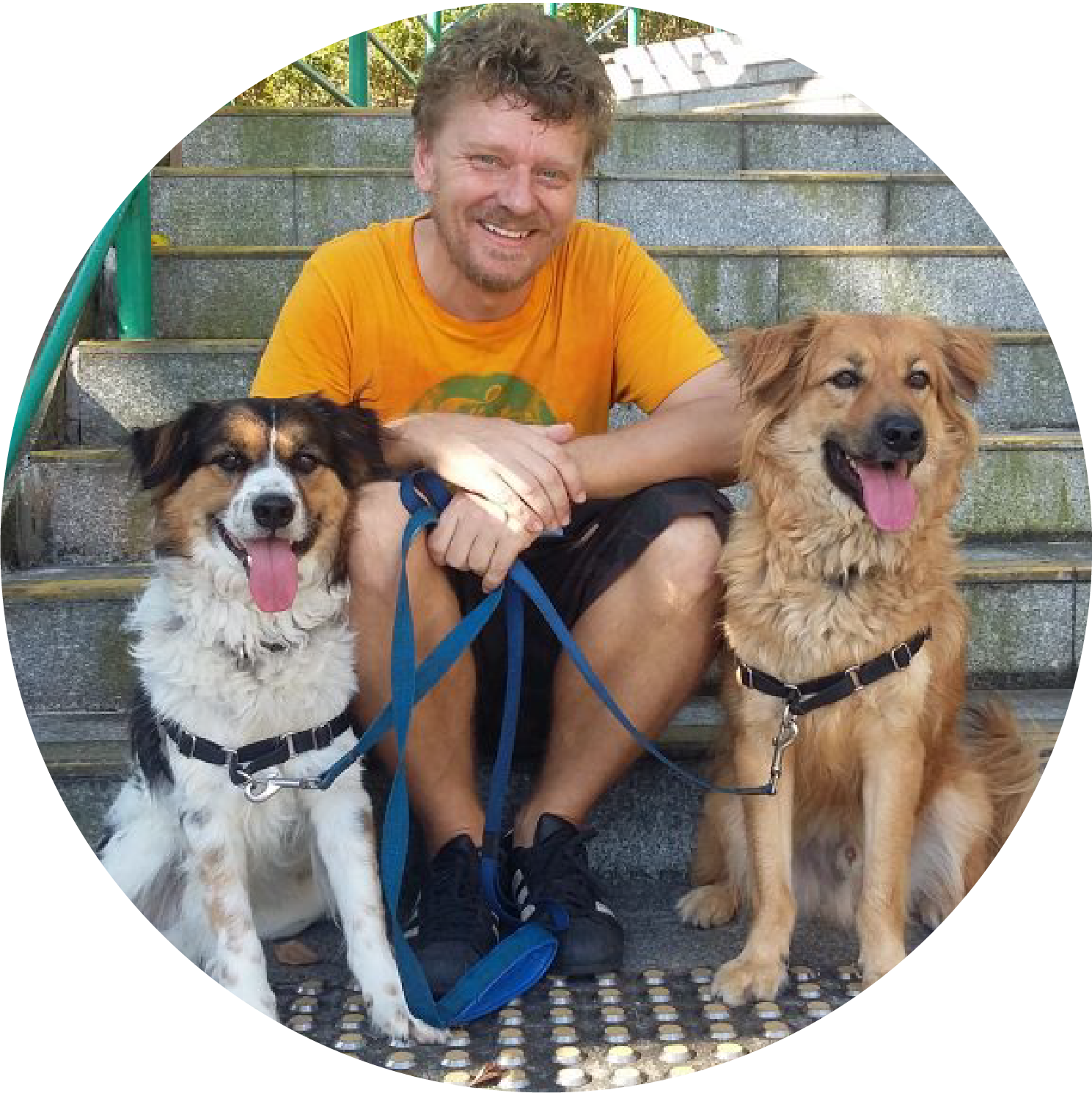 A native of Sweden, Erik enjoys training his own two dogs, James and Charlie, as well as hiking, windsurfing and spending time with his family in his spare time.

An Academy Honors graduate, Erik handles all things tech for The Academy.