The Seductiveness of Why 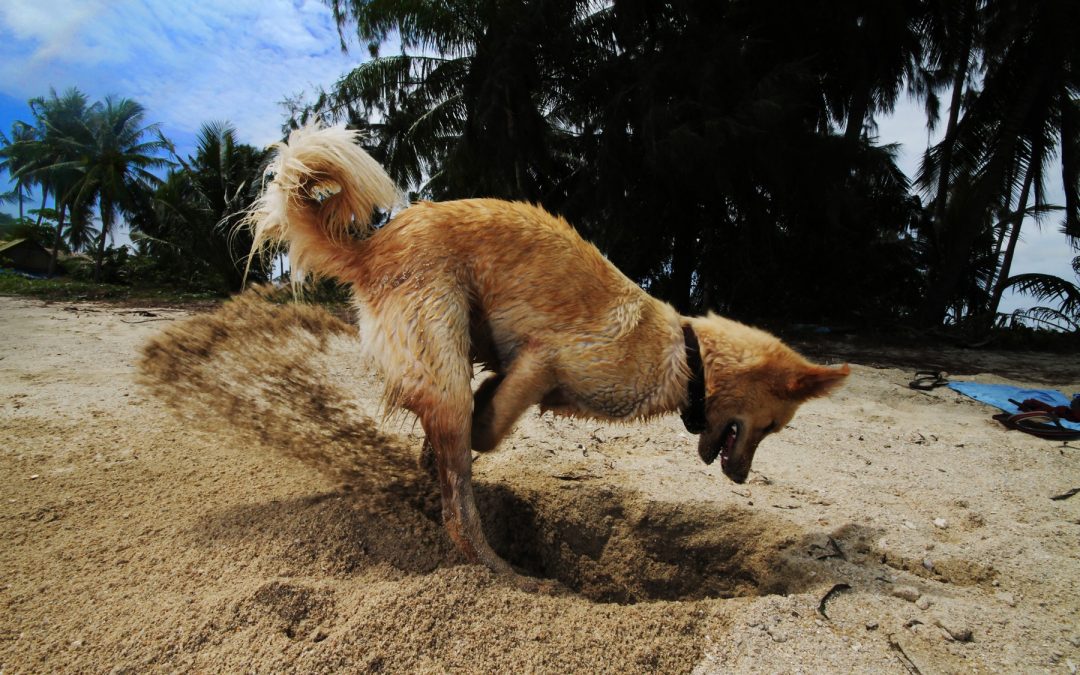 My training as an archaeologist prepared me well for my work with dogs.  Archaeologists tend to be consummate generalists. We learn some biology (How do bones grow?), some physics  (How do percussion waves through volcanic glass make razor-sharp flakes?), and some chemistry (How does radioactive decay tell us how old stuff is?).  Of course, we also learn a lot about humans, our culture, our society, and our fascinating history as primates.

Dog trainers have to be generalists, too.  We need to know how to teach, how to counsel, and how to use modern applied behavior analysis techniques to change a dog’s behavior and emotions.  We must have a solid understanding of evolution, genetic and environmental effects on behavior, and of ethology.

I once worked in a bone lab as an archaeologist, reducing animal carcasses to skeletal material for a comparative bone collection.  This cemented my ability to handle really gross stuff, a skill I’ve found useful with dogs who aren’t motivated by the usual fare.

But I think the best gift I received from my archaeologist past is a tolerance of uncertainty.  (Did modern humans float from one continent to the next during the last ice age, exploiting the rich marine environment at the ice’s edge?  Who knows!  Who do we share our branch of the hominid tree with, really? Who knows!)  Some questions do get answered as time and science marches on.  Some questions, though, seem unanswerable, at least without time travel.  But here’s the thing: not knowing the answers to these questions has not stopped the archaeological juggernaut.  Sites are excavated, artifact collections are assessed and re-assessed, and archaeological papers are published.

This comfort with uncertainty has been a great boon to my ability to help my dog training clients.  Beyond the broad strokes of motivation (Is the dog scared or upset?  Or is he feeling fine and just being a dog?), it often really doesn’t matter why.  In fact, getting stuck in a loop of asking why, why, why, is a common reason that owners and new trainers falter.  Yesterday, an owner asked me why her dog buries pieces of chewed-up hose in her rose garden, only to immediately excavate them, then re-bury.  (Is he angry at me for putting him outside? Is he communicating something?) An answer starting with “Because…” would likely delve into dogs’ fascinating position as a domesticated canid with remnant food caching software, made ‘buggy’ through generations without selection pressure.  Despite my own love of evolution, and her use of the seductive why, I knew that a long-winded explanation was not what this client was asking for.  My suspicion – soon confirmed – was that what she really wanted was simply to get the dog to stop digging in her rose garden.  We decided on a digging pit, I pointed out how cool it was to watch her dog showing off some of his wolf ancestry, and I was able to quickly move on to another issue she was having with her dog.

A comfort with uncertainty allowed me to make the best use of my client’s time and money, which is no small deal.  But much more importantly, it opened up time in my consult to create a more enriching environment for this dog, and allowed us to tackle other behaviors which were interrupting the peace in their home.  Time spent on a discussion of what, if anything, the behavior communicated (or how the hose may have mimicked ligaments from a caribou’s leg) would have detracted from our session.  In other words, there would have been a real time and money cost to the client, and a welfare cost to her dog.

Why is a seductive question.  Uncertainty is a frustrating state.  So I tip my hat to my archaeological studies for the comfort I now have side-stepping the why why why, accepting the uncertainty inherent in dog training (we really do not know what dogs are thinking! Really!), and allowing me to spend the most time doing what I really want to do: helping people, and helping dogs.