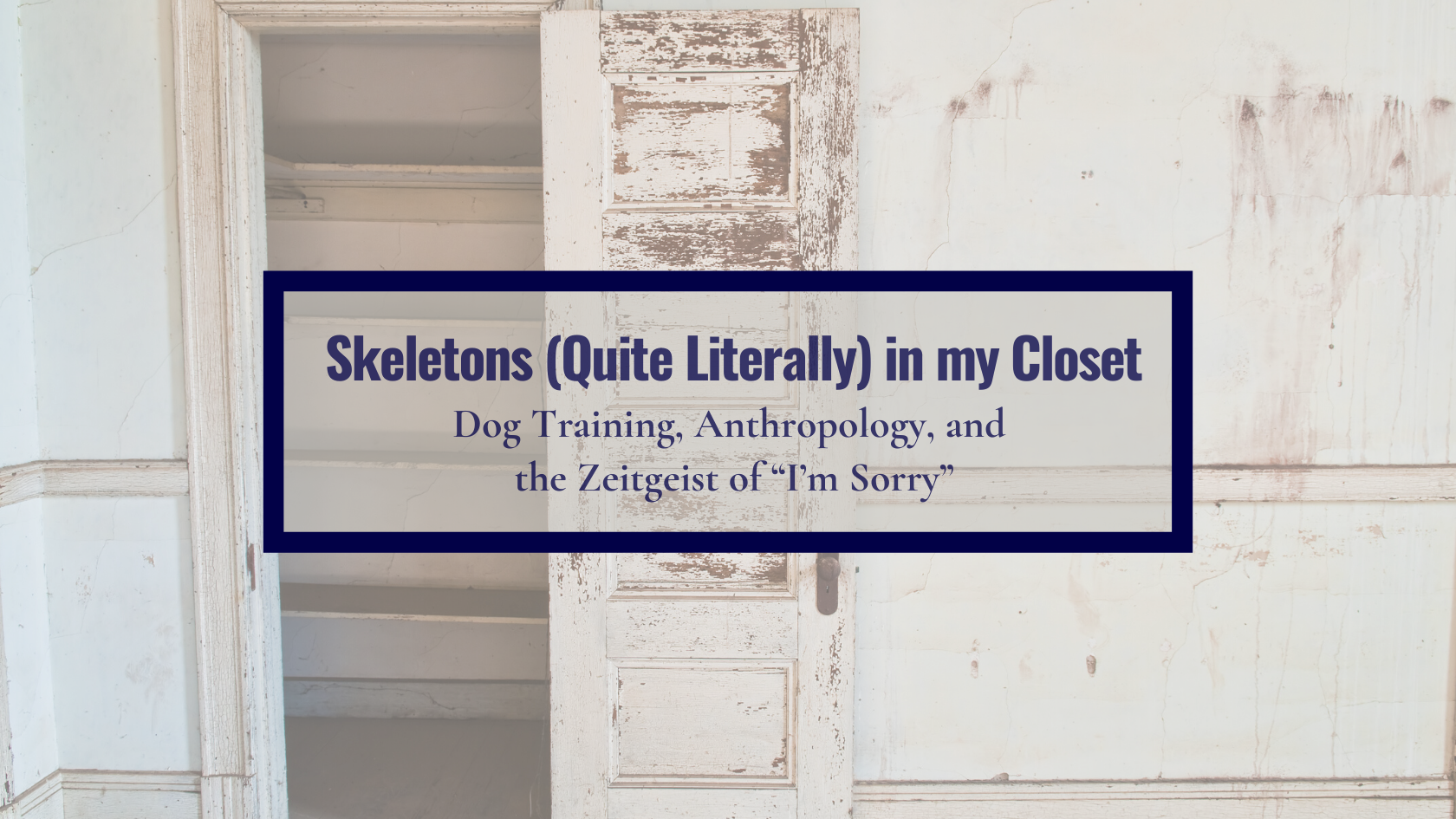 Ah, those were the days! I remember the first few years of my university degree in anthropology (and my chosen sub-discipline, archaeology) back in the early holocene—I was purple-haired and fresh-faced, and felt like I was on the cutting edge of all things “ist”: we were feminist, we were anti-racist, and heck, our theory class even covered how classism can colour historical and archaeological interpretations. I was outrageously proud of the work anthropologists and archaeologists do and the contributions we’d made. But as time slid by, and my understanding of my field grew, I began to experience the internal schism that comes from knowing and seeing the real history of one’s discipline. Because no matter how many pithy Margaret Mead quotes we anthropologists toss around, the real history of anthropology and archaeology is filled with some absolutely slack-jawed horrors. Every anthropology student must, at some point, grapple with some rather alarming skeletons in our collective closet.

Side note: when I refer to skeletons in closets, I’m not talking about that one practical exam in my human osteology class, within which I had to put my hands into a box with a number of tiny skeletal elements from the wrist and identify them by feel. Yes, that happened, and no, I haven’t recovered. I’m talking instead about the horror show of death, rabid ethnocentrism, racism, misogyny, and all the other good stuff that birthed my discipline.

For example, in one of my classes I learned that an anthropologist who is considered a founding member of the discipline brought several Inuit individuals from their lands in the Arctic, to New York (I can only imagine how that transaction began), where they were put on display, as though they were zoo animals. Several of them caught tuberculosis and died, including the father of the one remaining person, a child. The anthropologist sent the bodies to a research facility and had them dissected and rendered, in order to study them more closely. The child was given a fake funeral with a fake body on display. He grew up and learned of this horrific deception, and tried to repatriate his family’s remains for the rest of his life, without success. The story is so baldly awful, so terrifying, and so dreadful that it almost defies belief. When I heard it, as a student of this discipline, which I loved so much…how does one accept that you’re party to this, even if only in your own small way?

By the time I graduated, I had learned that joy and passion can, and should, co-exist with careful and critical self-examination. One doesn’t cancel out the other. In fact, an anthropologist with no passion for the discipline should probably find another job; just as the anthropologist with no understanding of the birth of our profession in racist and sexist ideologies (and our continuing complicity in problematic institutions and practice) should do some gentle plumbing of the ol’ superego.

When I came to dog training as a second career, I admit I was expecting a bit less in the way of complexity in this department. I was going to help dogs, right? Right! But soon enough (there is a ‘history of dog training’ module in our curriculum, after all), I found myself in a rather painful, if familiar, hotseat: the dog training profession has been, and continues to be, ethically complex. There are no standards of care, there is no required education, and all currently available credentials are voluntary. Many dog trainers use behaviour modification practices and tools which are harmful, such as treating a frightened dog with a shock collar to change the dog’s behaviour. And sadly, many common training practices both reduce a dog’s welfare and increase the likelihood of future aggression and even behavioural euthanasia. Although taking someone’s body, dissecting it, rendering it, and lying about it is surely illegal now, harmful dog training practices are not illegal—yet—in my area.

And just as how I maintain vigilance in my work as an anthropologist to stay aware of developing practices and Indigenous methodologies, the ethical complexities of dog training bubble up, almost daily, as a dog trainer. When I head to my clients’ homes, I often find that they have been influenced by misinformation about dogs. They may not understand a dog’s emotional and physical needs, or may have outdated ideas about how to change behaviour. In some cases, I am not the first trainer these families have hired. They may have been treated poorly by other members of my profession, both through the recommendation of harmful techniques or by a lack of competence. And just as I, as an anthropologist, have had to sit across the table from Indigenous individuals who have experienced real damage from my discipline; I, as a dog trainer, have to sit across the kitchen table to hear about the harmful practices proposed by other dog trainers.

Navigating this awkward and complex conversational habitat requires me to pull up and shake off a particularly emotional, but particularly useful, message: I’m sorry. I simply say I’m sorry. I’m sorry for the terrible treatment my profession has unleashed upon you and your whole family. I’m sorry we did this. It matters not that I, personally, may not have delivered the harmful advice or practice. Accepting that my profession, and my discipline, has done harm is professionally liberating to me, and grants my clients some relief from their grief, shame, and confusion. When I accept the ethical intricacies of my profession and indicate to my clients that this complexity exists and is simply not their burden to bear, we can move forward from that, together, as a team.